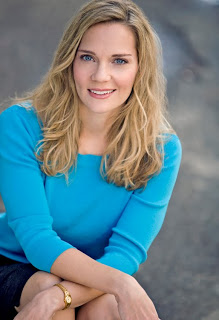 Hello readers! This week I open a new doubleheader show in two cities–the show is called “Tish Oney–The Peggy Lee Project/Tish Oney’s Swingin’ Christmas.” This pairing came about because a couple of venues could not decide between the two shows and were looking for something for the Christmas season… so we opted to combine them with a short intermission in between. The doubleheader will be presented Friday, December 2 at Fryeburg Academy (Fryeburg, ME) and Saturday, December 3 at Mt. Lebanon High School (Pittsburgh, PA). Guitarist John Chiodini will join me for both shows. Bassist Nick Walker and drummer Greg Evans will meet John and myself in Pittsburgh to play as a quartet for the second show.

When undertaking the writing of a new show I am attentive to two sets of criteria: my interests in performing certain repertoire as well as the audience’s interests in hearing something familiar balanced with something new. The manner of arranging varies from show to show, but my goal is always to frame a piece in a way not heard before, unless the song is relatively unknown, in which case I change it very little in order to give listeners an authentic first hearing. In any case, I always leave room for improvisation within the piece so that each successive performance of it is allowed to grow and evolve with the musicians on the stage in the moment.

This month I was pleased to write an arrangement for a new song composed by a friend of mine–“Light a Candle” by Andy Beck will be featured in this weekend’s doubleheader among several well-known Christmas favorites. This piece effectively functions as my “something new” in the new show and I am excited about sharing it with these audiences. I also will perform my jazz arrangement of “God Rest Ye, Merry Gentlemen” which is a traditional carol I have sung all my life in church, caroling, at home, you name it. Pairing the old with the new seems to reflect balance and growth in a musical sense and frames my shows with something for everyone.

I genuinely hope to see you on the road, perhaps at one of these concerts this weekend! Enjoy your holiday season and please be in touch if you would like to program one or more of my shows in your 2012-13 concert season! Thanks for reading…